Global warming, racial conflict, and gender discrimination all mark the early decades of the 21st Century. The environmental crisis, in particular, poses a real danger to the future of planetary life. Despite the signals of systems breakdowns, the western consumer lifestyle proceeds unabated. Our unhealthy patterns of liberal autonomy do not have a sufficient rationale for radical change because they are supported by old philosophical principles. Teilhard de Chardin reframed the human phenomenon within the process of evolution and offers new directives for interpersonal planetary life. 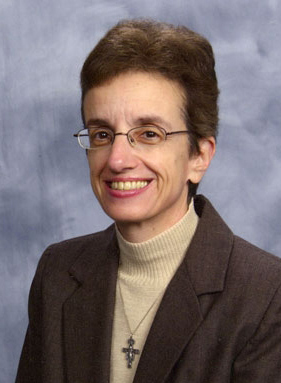 Ilia Delio, OSF, PhD, is a Franciscan Sister of Washington, D.C., and American theologian specializing in the area of science and religion, with interests in evolution, physics and neuroscience and the import of these for theology. Ilia currently holds the Josephine C. Connelly Endowed Chair in Theology at Villanova University, and is the author of 20 books including Care for Creation (coauthored with Keith Warner and Pamela Woods), and The Emergent Christ, which won a third place Catholic Press Book Award in 2011 for the area of Science and Religion. Among her recent books is The Unbearable Wholeness of Being: God, Evolution and the Power of Love (Orbis, 2013). Ilia holds two honorary doctorates, one from St. Francis University in 2015, and one from Sacred Heart University in 2020.

If you wish to make a donation in appreciation of this online event, please click the button below and choose “Weber Center Programs” as the gift designation. Thank you!