Weber Retreat and Conference Center invites you to explore the roots of three activist mystics during a dynamic weeklong retreat June 24-28, 2019 titled “Discovering Mysticism in our Call to Action.”

The lives and spirituality of Dorothy Day, Daniel Berrigan, and Thea Bowman will be explored by three expert presenters.

Dorothy’s Catholic conversion was her response to a persistent and penetrating Mystery that kept revealing and prodding her throughout her life’s journey. From a worldly lifestyle, Dorothy began the Catholic Worker Movement, which emphasizes nonviolence, charity, justice, and hospitality.

Arlene Kosmatka, OP, a Dominican Sister of Adrian, Michigan, is a Spiritual Director. Her master’s thesis addressed the question: “Is everyone called to be a mystic?” Since then, 20th-century mystics and mysticism have become her passion.

Daniel Berrigan: Rebel with a Cause | Presented by Patrick Henry, Ph.D. 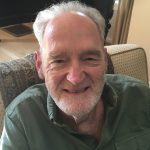 Discover the spiritual roots that compelled Jesuit Father Daniel Berrigan, an anti-war activist and Christian pacifist, to oppose what he believed was an unjust war in Vietnam and to risk alienation and prison. In 1980, he founded the Plowshares movement, an anti-nuclear weapons and Christian pacificist movement.

Patrick Henry, Ph.D., is Professor of Foreign Languages and Literatures at Whitman College in Walla Walla, Washington. He has written and spoken widely on the Holocaust and is writing a play about soldiers returning from wars. His article on Daniel Berrigan was published in the National Catholic Reporter in May 2018.

Thea Bowman was an African-American Franciscan Sister of Perpetual Adoration, teacher, preacher, poet, vocalist, and evangelist. How did her faith and her experience of God empower her to resist oppression and racism? How was her music and song a form of resistance? We will look at the Black spiritual and mystical tradition through the eyes of Sister Thea Bowman and reflect on how her life can be a model and guide for us all.

C. Vanessa White is Assistant Professor of Spirituality and Ministry at Catholic Theological Union and faculty at Xavier University of Louisiana’s Institute for Black Catholic Studies, of which Sister Thea Bowman was a founding faculty member.